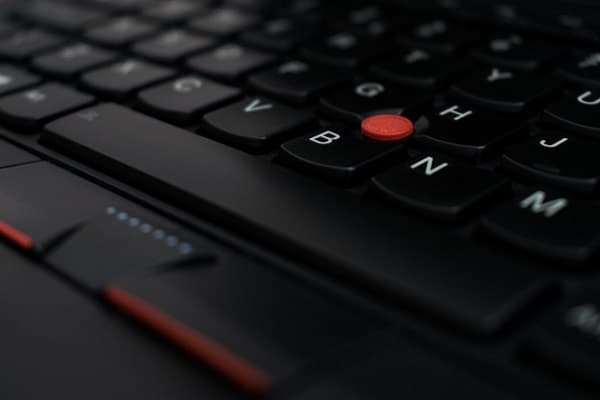 So, your school or work has decided to go remote indefinitely, and your old laptop can no longer keep up with your demands. It’s time for a new computer, which begs one question: should you get a Mac or a PC?

This debate is almost as old as modern computing, and as fierce a rivalry as many sports team blood feuds. Or coffee and tea drinkers. Or console gamers and computer gamers. Or Marvel and DC Comics fans. Adherents and detractors exist on both sides of the issue, and no matter what device you choose, some will take the opportunity to crow about how their side is better.

First, let’s break down the biggest difference between the two devices; their operating system. Debates rage (and will continue to rage) over whether Windows or macOS is the superior operating system. Each has system has its own pros and cons.

Windows, for example, has more programs written for it than macOS usually has. However, Windows is easier to write programs for, which also makes it easier for viruses to infect the system. macOS is more secure, but you may be limited in terms of what you can run on the computer.

This limitation may become even starker as MacBook Pro models running off their brand new M1 chip switch from an Intel-based programming seat and start incorporating compatibility with the suite of iOS apps, leaving their old ones in the dust. However, macOS often gets regarded as the sleeker, more optimized-looking version of the two.

In truth, this comes down to a matter of personal preference. You either prefer Windows or Mac’s setup, as their features can hold them on equal footing. So, in this category, it’s a draw.

As we mentioned above, the latest models of MacBook Pro include Apple’s new, proprietary M1 processor. This processor is known as a system-on-a-chip, which allows Apple to forgo the need for separate graphics cards and RAM sticks. This has the effect of making the system run at a blistering pace.

While the Lenovo ThinkPad X1 Carbon has an equal amount of RAM at 8GB, its Intel i5 sixth-generation chip lags well behind the M1 in terms of processing speed. It’s hard for a system with separate parts to compete with something so streamlined and optimized. However, unless you’re pushing both systems to their absolute limit, you likely won’t notice much of a difference.

We need to give this round to the MacBook Pro. Apple loves pushing the specifications of its devices to the limit with each new release, and this new M1 chip firmly establishes its dominance as a processor over all competitors.

Say what you will about Mac’s struggle for available programs, but no one can deny that their graphics are top-notch. Both Lenovo and Macbook have gorgeous displays capable of near-4K images. Lenovo’s display is a Quad-HD non-touch display while Mac sticks to its Full HD guns with a backlit IPS display.

The MacBook Pro may not be 4K, but it has a sharper, crisper display than even the UHD display option you can purchase from Lenovo. Sadly, this is another round that we have to hand to the bitten fruit.

Apple’s just too hard to beat when it comes to graphical prowess. There’s a reason why they’re the preferred computer for artists the world over.

MacBook Pro vs Lenovo ThinkPad Round 4: Ecosystem and Connectivity

We’ll say this about Mac: They go all-in on wanting consumers to purchase their whole ecosystem. Macs are like chips, in that way. You can’t have just one.

…Really. You can’t. Because if you do, you’ll struggle to find compatible peripherals and to sync your data between your devices. While you can find off-brand Mac-compatible keyboards, mice, and other peripherals, you won’t get the kind of performance out of them that you would from Apple’s proprietary Magic devices.

In addition, newer MacBook models have only two or four connection ports, depending on the model you chose and can lack support for older connections. The Lenovo ThinkPad, on the other hand, offers both modern and legacy connector ports, which means you won’t have to spend a fortune and a half on external port systems. This also makes it easier to connect your ThinkPad with other devices, as you can count on being able to interface with most other things.

Whether you choose MacBook Pro or Lenovo, you’ll have a decent amount of connectivity perks available to you. However, we have to give the award to the ThinkPad this time, as it has much more options than its competition.

MacBook Pro vs Lenovo ThinkPad Round 5: Design and Form Factor

When comparing Lenovo ThinkPad vs MacBook Pro, the overall design of the computers may not factor into your main decision making, but we feel that these often neglected features bear mentioning here.

MacBook Pro has kept the same, aluminum-based chassis since around 2016, and has gorgeous backlit keys that make typing in the dark an absolute breeze. This metallic construction has a nice, premium feeling when you’re working with it and has a nice, solid weight. This makes it feel sturdier than many of its competitors.

The Lenovo ThinkPad, specifically the X1 Carbon version, retains its usual, no-nonsense business black casing. This device’s carbon-fiber weave makes it feel softer to the touch but does not flex when carried. The branding on the laptop is strong and distinct, but a bit subtler than prior incarnations. Its body is about as thin as a MacBook’s but has more ports for connectivity and a larger screen at fourteen inches across.

This round is a toss-up. Both of these premium devices have gorgeous designs and strong bodies. It’s just a matter of whether you prefer Apple’s slim aluminum body or Lenovo’s stern, business-like black case.

Given that both of these devices have premium features, each has a premium price point. If you know how to budget appropriately and will use the purchase to ultimately generate more revenue, then the higher premium is a small price to pay for further gains in income. For Lenovo ThinkPads, your base model starts at around $949 and runs all the way up to $2207 for their most kitted-out model. Their top-of-the-line device includes an Intel Core i7 10th gen processor with 16GB of RAM and 1TB of Solid State Drive storage. This also includes a UHD display that uses Dolby Vision HDR for crisper, more colorful images.

MacBook Pros, on the other hand, have their price point on a starker divide. This is due to the fact that the devices are divided between those with M1 chips (the base models) and those with Intel chips (the high-end models). A base-model MacBook Pro will cost you $1299 and uses the M1 chip. The top current Mac model runs almost $3600 for a 10th gen Intel processor, 4TB of storage, and 32GB of RAM.

If the price is your concern, then the Lenovo ThinkPad should be your go-to of the two devices. Lenovo’s base model is cheaper than Mac’s by a fair margin, and the upgrades you can purchase run along a smoother price spectrum so you can purchase the exact amount of computing that you need.

Before we decide on the winner, let’s examine a few last-minute considerations in the battle of MacBook Pro vs Lenovo ThinkPad where the two machines either match each other or the differences don’t require a whole section devoted to them:

With these final things in mind…

Who Comes Out On Top?

In the battle of the Macbook Pro vs Lenovo ThinkPad, who comes out the clear winner? Lenovo ThinkPad has many great features going for it, including a smaller body and weight, a larger screen, a better price point, and a better warranty. However, the MacBook Pro outstrips it in too many areas that count for too much, like processing power, display, and battery life.

So much as it pains us to say it, we have to give the current toss-up to MacBook Pro. However, we do this with the caveat that which laptop is better depends entirely on your needs, not only on specs. If your work or school mainly uses Windows programs, you may find the Lenovo Thinkpad works far better for you than Mac ever could.