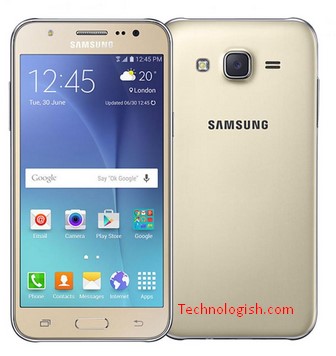 Have you ever thought about the Samsung Galaxy J5 2017 specs? Maybe not. Almost, everyone is waiting to hear about the specs of the new release. It is a low price handset that has great new features. The company managed to launch products that please the low-end market. And the best part about the company is that they never disappoint their customers. They somehow always managed to balance the design and features.

What are the added Samsung Galaxy J5 2017 Specs?

With each new release, Samsung tries to add new features to its products. In this article, I will discuss some of them to help you get a better review of it. Read below, to find out more about the exciting new added Samsung Galaxy J5 2017 specs.

The design inspiration of the handset is taken from its previous handset design. But, it has a lot of differences. The smartphone is made up of an Aluminum frame which gives it a sturdy look. The best thing is that it is available in three colors black, gold, and blue. The handset is 5.2 inches with a Super AMOLED technology screen. You can operate the phone easily with just one hand. The screen displays HD viewing which you get in big-budget smartphones. You can see movies, text, or browse with ease.

The operating system it is going to run on is Android 7.0 Nougat. At the moment, it is the latest software Android released. It made easier for the user to use the device. The operating system incorporated here will allow better performance. Not only this, it has smart features such as multitasking. Also, the handset includes Game Tool and Game Launcher. Further, it has built-in Microsoft software which you can only deactivate.

The cameras have 13 megapixels each. They have a high light sensitivity which helps to capture better pictures. You can use a LED flash to brighten the dark images. The device has the ability to video in full HD.

There are some other important Samsung Galaxy J5 2017 specs. The device features a captive touch-screen. It has the ability to handle up to 5 inputs at the same time. There is a fingerprint sensor which lays on the home button.

It is essential that you have a good look at the specifications before buying it. I have listed some of the important ones for you.

In the end, I would say, at present Samsung Galaxy J5 2017 specs is pretty amazing. The newly added features and the design of the device are amazing. Not only this, the price of the 16GB Rs. 13,990. This is a pretty good deal. So, do not just wait. Go ahead and get yourself the latest Samsung smartphone.